You are here: Home / Archives for invention 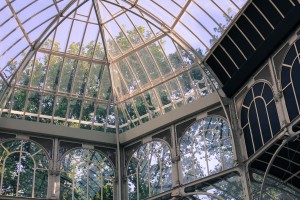 What were they thinking in Victorian times? Well, when you look at history, it seems like they were thinking “the sky is the limit” when it came to inventions and possibilities. A little like modern times, right? Jules Verne came up with Around the World in 80 Days and 20,000 Leagues Under the Sea during this time period.

Victorians were curious about so many things, and both Queen Victoria and Prince Albert supported the curious in areas as diverse as science, history, art, medicine, and even the supernatural.

Have you heard about the Crystal Palace? It was Prince Albert’s pride and joy back in 1851, when England decided to host The Great Exhibition and showcase the wonders of the Victorian world.

After a lot of back and forth about how much room they would need, a spot in Hyde Park was chosen and an entire (huge) building built to house the exhibits. It only took 5 months for the building to be completed, so you know they were very, very motivated (my daughter’s recent, much smaller household renovation project took about twice as long).

The exhibits of Victorian curiosities were meant to celebrate and showcase all the new wonders that technology and science were bringing to the world.

People came from around the world to look at the exhibits.

They also admired the Crystal Palace itself, which was designed by a 23 year old gardener! To be sure, he was the Duke of Devonshire’s head gardener, but he was still quite young. Not too young, though, to be passionate about building “glass houses” (what we call greenhouses today). 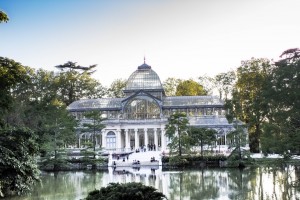 Parliament decreed the Crystal Palace had to be removed from Hyde Park, and it was. But the owners moved it rather than tearing it down. I guess anyone who can build something like that in 5 months can figure out how to move it even more quickly, right?

But did you know that the work Prince Albert and the owners of the Crystal Palace began almost 200 years ago is going on still today? Check it out here.

Wouldn’t it be the coolest thing ever to create a virtual reality Crystal Palace to transport us back to Victorian times for a while? I’d do it. Would you?